About Accurate Serve® of Detroit 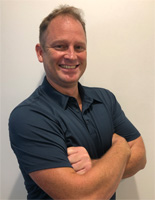 Erik graduated WMU in 2006 and began the application process to become an Air Force Pilot. He was hired on to Undergraduate Pilot Training program at Macdill AFB Tampa, FL.  Erik flew the KC-135 at Macdill and went on to fly for a Airline here in Florida.  After getting married in 2013 his goals of flying for the airlines and military had now changed.  He continued to fly in the Tampa area after his military career and was enjoying the family life. He still felt like something was missing.  His flying schedule allowed some free time and he was wanting to pursue another goal.  Enter Accurate Serve of Detroit.  Erik is very excited to bring his attention to detail from his Military training to be successful in serving the greater Detroit area and adding to an awesome team that is Accurate Serve.  He looks forward to learning and growing this franchise and serving you in future.

Accurate Serve was founded in 2009 by Beau W.H. Charlet, of Lakeland, Florida. Accurate Serve has grown from offering service in one county in 2009 to offering Statewide and Nationwide service in 2010. In 2011, we successfully served papers in Ireland, China, Germany, Puerto Rico and Canada.

The Success of Accurate Serve is attributed to the following: